Iboga: At the Crossroads of the Jungle and the Laboratory 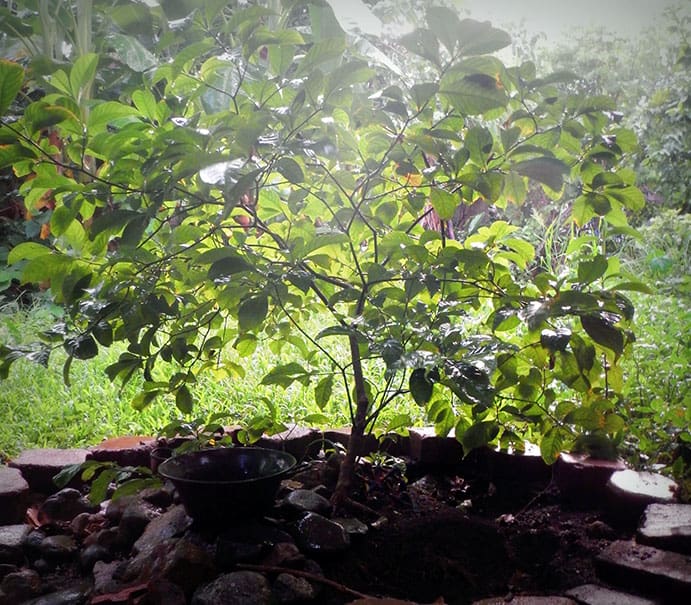 Ibogaine, the primary alkaloid of iboga, a psychoactive African root bark, has been administered to thousands of people in the last three decades as an experimental medication with promising efficacy in the treatment of substance use disorders, depression and other medical diagnoses. Unfortunately, some recent reports have suggested that Tabernanthe iboga, the most common plant source of ibogaine, is becoming much less accessible for traditional knowledge holders, and may possibly become endangered in the Gabonese wilderness.

Over the past ten years, public awareness about ibogaine has increased dramatically and today there are somewhere between 75 and 100 clinics and therapy providers worldwide. This use is still experimental, largely due to the daunting challenge posed by the U.S. drug development process that is shared by many other medicines, including useful antibiotics. But although Phase II and III clinical trials haven’t been completed, observational studies and early clinical trials into the use of ibogaine have only confirmed the accumulating anecdotal reports.

Since 2012 I have directed the Global Ibogaine Therapy Alliance (GITA), a not-for-profit established to build on the life work of Howard Lotsof, the first pioneer of ibogaine treatment and research. GITA provides a resource network for clinics, patients and researchers, and is in the process of creating minimum standards of care for ibogaine addiction therapy. On the heels of this effort, one of our first major projects has become to collectively respond to news from Gabon.

Yann Guignon, a French consultant with Traits d’Union, has spent over 10 years living in Libreville, Gabon’s capital, during which he become deeply involved in the practice of Bwiti, an initiatory spiritual discipline that incorporates the use of iboga. In July 2012, he submitted a report commissioned by the Gabonese government that outlined the very likely scenario that Tabernanthe iboga is actually disappearing from the Gabonese rainforest where it has flourished naturally for centuries.

Specifically at stake is the availability for traditional communities who use it sacramentally. Bwiti in particular is still widely practiced in 50 or more villages in Gabon alone, a relatively small country. While some communities are planting for their own future use, Guignon suggests that if trade continues uninterrupted, iboga may disappear from the public domain in Gabon as early as 2018.

This is partly due to the fact that demand for ibogaine in detoxification has increased dramatically, not only in clinical environments, but also through online marketplaces where those willing to forgo the medical risks (and in some places the law) purchase ibogaine in an attempt to detox themselves at home. 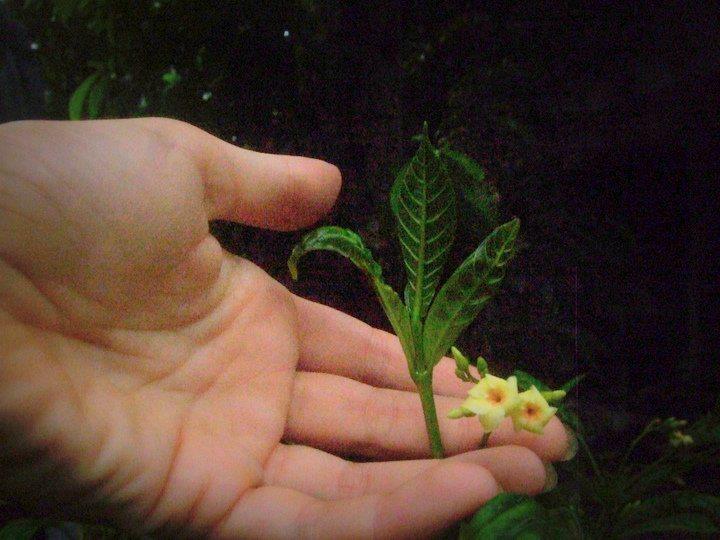 All of this outside demand has driven up the local prices for root bark to at least eight times what they were a decade ago. Cultural factors in Gabon are also influencing iboga’s sustainability. These include increasing urbanization; the lack of traditional agriculture (almost all food in Gabon is imported from neighboring countries or abroad); and the increasing influence of evangelical practitioners of Christianity and Islam who have demonized Bwiti and its use of iboga, adding difficult political pressures.

Environmental factors are equally a concern. Former Gabonese President Omar Bongo reserved 17% of the country’s landmass as an extensive network of national parks, which are part of the world’s second largest rainforest. Climate change and poaching have had a systemic effect, but outside the national parks foreign development has led to increasing deforestation and destruction of iboga’s natural habitat.

In 2000, Bongo declared iboga as a “cultural heritage strategic reserve,” which effectively placed it under the terms of the UN Convention on Biological Diversity (CBD), which grants nations sovereignty over “genetic resources” originating within their borders. Despite the spirit invoked by this law, it was largely ineffective until more specific legislative measures were outlined in an international treaty called the Nagoya Protocol, which came into full effect on October 12, 2014.

Between any two of the 92 countries where Nagoya has been signed, the importer must obtain a certificate of prior approval from the country of origin before accessing their genetic resources or any traditional knowledge associated with their use.

Without a doubt, Gabon is the world’s cultural and spiritual center for the use of iboga, but it is not the only place in Central West Africa where iboga is found. It is also endemic to neighboring Cameroon, Congo and Angola. Especially in Cameron, a not-profit called the Nature Gift for Development (NG4D) Cooperative to encourage sustainable growth of non-timber forest products including iboga, and several entrepreneurs are working to establish plantations. GITA is working with volunteers remotely and on the ground to set up a microfinance lending group that can fund these types of planting projects in Cameroon, and eventually elsewhere.

Already, many ibogaine therapy providers believe that the medicine they are using is originating in Cameroon rather than Gabon. But while it is true that iboga is both harvested from the wild and cultivated inside of Cameroon, new projects take almost as long as orchards to mature to harvest, and there are doubts that current growth has the capacity to meet the existing, let alone increasing demand. What is clear is that as many as 12 people have been arrested in Gabon on charges of smuggling iboga tree products to Cameroon for export, and it has been implied that at least some of these harvesters and distributors may rub shoulders with the illegal ivory trade.

Iboga fruits are often eaten by elephants, which then distribute seeds throughout the jungle. As a result, plants are often found alongside elephant trails, making them easy to target as an ancillary income stream for elephant poachers. In addition to reports of unconnected iboga smuggling there have already been implications of people involved in the trade of both ivory and iboga. This is especially concerning since, over the past few years, reports have shown that the African ivory trade has skyrocketed as international organized crime syndicates become involved, profits from which have been used to fund militant extremist groups who, in turn, arm and protect poachers.

Without further research and a complete survey of the remaining iboga population in the Gabonese national parks, several of the conclusions in Guignon’s report are still considered by some to be speculative. However, at various intervals since the report was made known to the ibogaine community, suppliers who rely on raw root bark have faced challenges in acquiring potent material. In a few cases, previously reliable contacts have begun to send diluted mixtures of other similar plant material containing less or even no iboga.

Throughout Gabon, both the scarcity and the rising price have made it more difficult for Bwiti practitioners to find iboga. The amount of iboga used in a traditional initiation is valued at a month’s minimum salary, not to mention the other costs involved. This makes participation in traditional initiation less accessible for many, even for those who are steadily employed, and provides huge incentive to try to sell what can be harvested. In some communities, alcohol has even begun to supplement or replace iboga as a sacrament, which has led to increasing problems.

The good news is that there are existing alternatives outside of Gabon that are both sustainable and economically viable, and some of them are already in use. Several producers have begun to create purified ibogaine semi-synthetically from another plant source called Voacanga africana, which is already cultivated agriculturally elsewhere in West Africa for use in Traditional Chinese Medicine. This tree’s primary alkaloid, voacangine, can be cost-effectively converted into pure ibogaine hydrochloride. 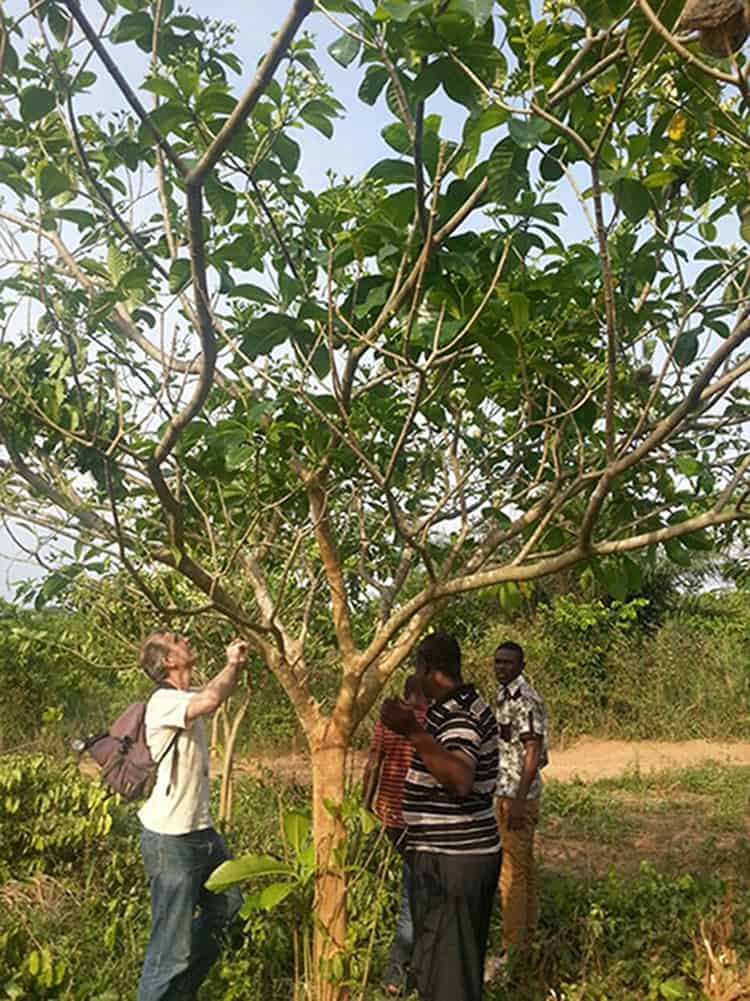 In the long run, it is very important that it is not only pharmaceutical grade products that are sustainably produced. There remains a strong interest in the naturopathic full-spectrum medicines made by extracting all of iboga’s thirteen plus alkaloids, not all of which are found in voacanga. Therapy providers sit on both sides of a discussion arguing the safety and efficacy of either pharmaceutical grade or full-spectrum preparations, but both have unique benefits.

In the interim, as Gabon works to respond to local challenges, and as efforts to establish iboga plantations elsewhere in the world begin to gain some traction, voacanga-based medicines provide the most clearly ethical and sustainable option for ibogaine therapy. Many therapy providers use this exclusively, and as the only medicine of clinical research quality it is likely that this process or some improvement will become the standard, at least for ibogaine hcl.

For root bark or full-spectrum medicines currently sourced from Africa, the only truly sustainable option is cultivation, as opposed to wild harvest. In the long run, in order to honor the spirit of the treaty and what it seeks to protect, the more important and complex discussions that need to take place are how to adequately negotiate access and benefits back to traditional knowledge holders. But now, minimally, in any country that is party to the Nagoya protocol – such as Mexico, Costa Rica, or Brazil – therapy providers may be legally challenged to prove the non-Gabonese origin of the medicines they use.

The issues raised in Guignon’s report help to highlight some challenges to deeply rooted beliefs from people who both offer and seek treatment, especially because there are such personal and spiritual dimension to iboga. Occidental culture is currently grappling with the spiritual and therapeutic qualities of these types of medicines. After being rejected in previous centuries, these topics are still just starting to re-emerge in serious public and scientific dialogues.

Too often, non-traditional seekers and practitioners who exclusively embrace abstract concepts of naturalism fail to integrate the paradoxes that emerge at the intersection between the laboratory and the jungle. Similarly, those who are looking to consider ibogaine from a strictly medical or industry/trade perspective will easily fall into the same ethical pitfalls as other free market developments that don’t acknowledge their roots in the important legacy and worldviews of traditional cultures. This situation is unfortunately familiar throughout Africa, and if there is any way to make progress it is by first starting to listen to and understand the depth of cultural dialogues.

There could be no more important time for communities around the world to take into consideration these types of situations. Right now it is abundantly clear that the global community that has taken an interest in iboga and ibogaine – whether as supporters, researchers, therapists, or patients – must invest in understanding this context, and collaborate on positive solutions.